This is the first of a series of eight musicians I painted in a two week period during the summer of 2008.

While flipping through a sketch book, of mine I came upon a small pencil drawing of this cartoonish figure, a small doodle that had been long forgotten. I loved its playfulness and set it to canvas.

The background colors are inspired by Henri Matisse.  Once completed, I was inspired to paint other musician figures in this style. The rest of the band followed in quick succession.

When hung together, this group of musician figures has the life force of a band in performance.  The series hung in a Toronto theatre, for several years. 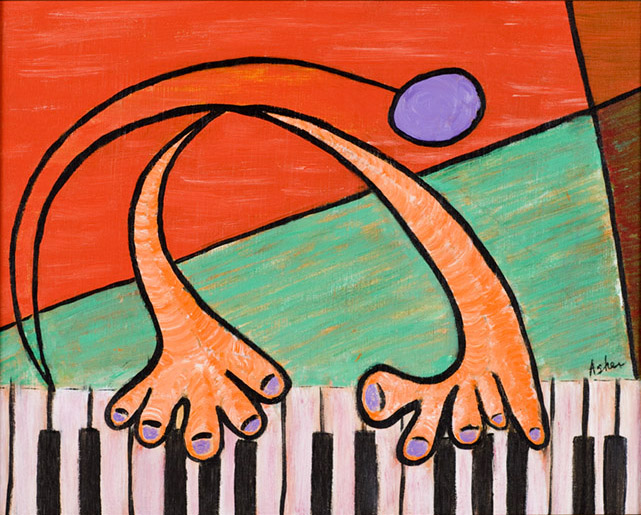