This is one of a series of eight musicians I painted in a two week period during the summer of 2008.

The background colors are inspired by Henri Matisse.

When hung together, this group of musician figures has the life force of a band in performance.  The series hung in a Toronto theatre, for several years. 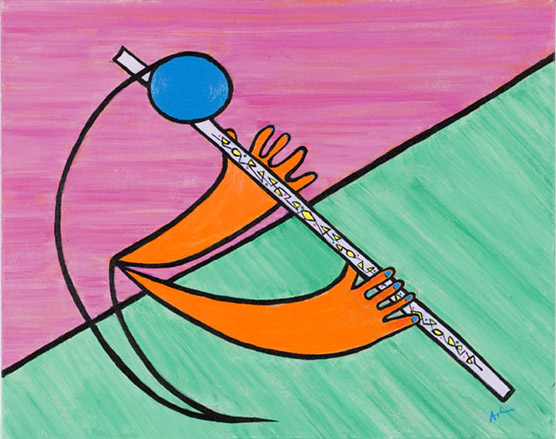