This painting began as simple treble clef. Much as I liked the finished graphic image with its psychedelic spirals, I felt it needed more support so I decided to add a few notational icons around the clef.

First, I added two whole notes on either side of the clef. At this point, these notes combined with the rounded centre of the clef appeared to me as an of Picasso. I could also see Picasso’s face in both front view and in profile. 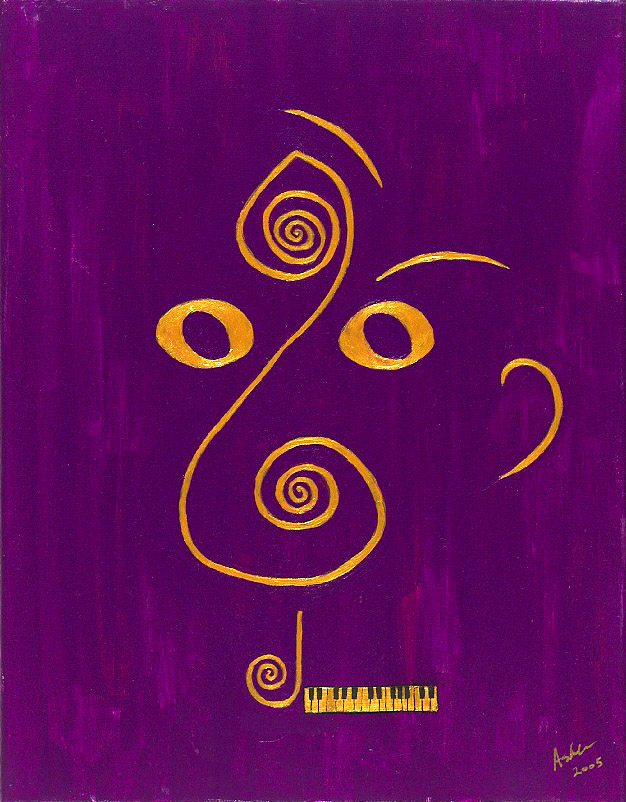