Dodecaphonia #2 represents all 12 tones of the diatonic scale. here, the seven white keys and 5 black keys were  dropped and glued in place onto a prepared masonite board.

The Twelve tone (or dodecaphonic) music system was created by composer Arnold Schoenberg in 1921, at a time when music creators were being influenced by the new concepts and developments in the visual arts,  particularly in non representational art. Twelve-tone music obscures musical key, and consequently musical resolution,  by not emphasizing any one of the 12 tones over the other, by giving each tone equal weight.

It is a very challenging form to both compose and listen to, but the influence of atonality can still be heard in film scoring and concert music.

acrylic with painted canvas cutouts bonded on board.   12 x 16.

One of a series 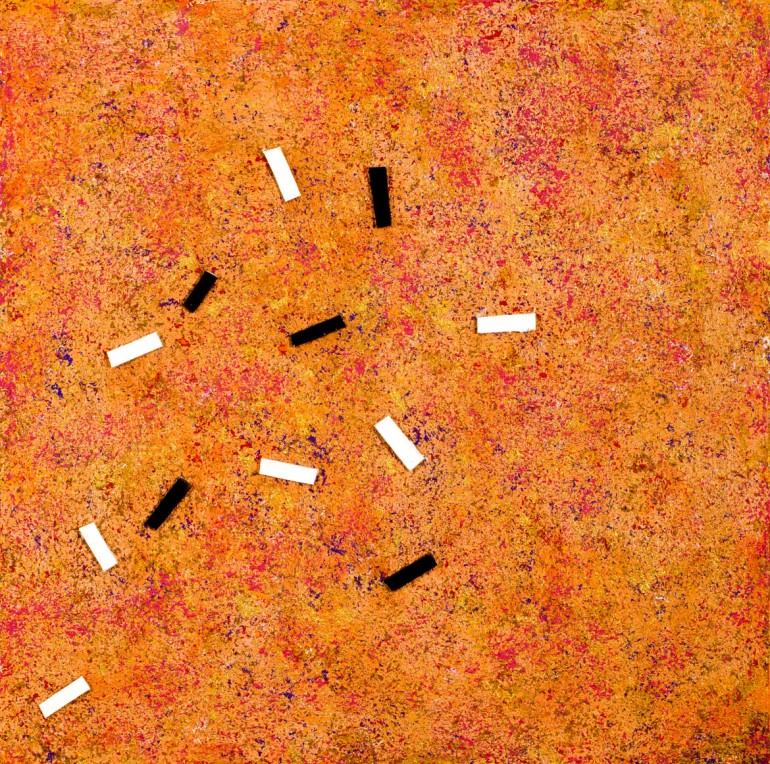